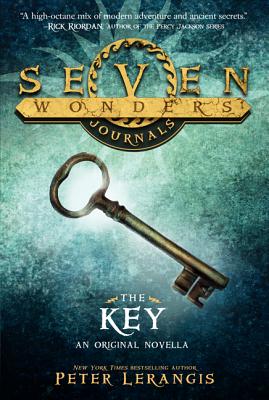 Discover the history behind the mystery of the New York Times bestselling Seven Wonders series in this original novella.

Follow the tale of Aliyah and Osman, twin treasure hunters pressed into a life of crime. For them, every day is another desperate death-defying adventure until they stumble upon the key that may lead to the greatest treasure ever. But to take home this magical orb, they must first battle their way out of the Tomb of Shadows.

With crucial historical details and plenty of backstory surprises, this is a perfect addition to the library of new and continuing fans of Seven Wonders, the epic adventure series by Peter Lerangis, author of three stories in the 39 Clues series.