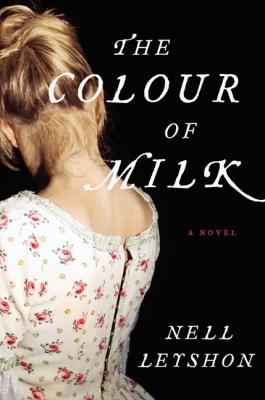 The Colour of Milk

“Heartbreaking, breathtaking, and very human, The Colour of Milk reads less like historical fiction and more like a memoir. Mary is a hardworking but willful farm girl in rural England until her abusive father 'sells' her to the local vicar as a servant. Her new position brings her opportunities for education and wider knowledge than she ever had before, but there are consequences. This gripping story of power, family, and self-determination will pull you right in and stay with you for a long time.”
— Caitlin Caulfield, Odyssey Bookshop, South Hadley, MA
View the List

The Colour of Milk is a literary tour de force of power, class, and fate, told in the fierce, urgent voice of the irrepressible Mary, a character as indelible as The Color Purple’s Celie and Margaret Atwood’s eponymous Alias Grace.

Set in England in 1830, The Colour of Milk by Nell Leyshon is an emotionally haunting work of historical fiction — hailed as “charming, Brontë-esque...and hard to forget” (Marian Keyes) — about an illiterate farm girl’s emotional and intellectual awakening and its devastating consequences.

Mary, the spirited youngest daughter of an angry, violent man, is sent to work for the local vicar and his invalid wife. Her strange new surroundings offer unsettling challenges, including the vicar’s lecherous son and a manipulative fellow servant. But life in the vicarage also offers unexpected joys, as the curious young girl learns to read and write — knowledge that will come at a tragic price.


Praise For The Colour of Milk: A Novel…

“Resonant, heartbreaking. . . . The Colour of Milk is a truly wonderful read—a slender, beautiful novel with as much heart as a book twice its size.”
— San Francisco Chronicle

“The unflinching, observant, and thoroughly persuasive voice of the narrator, a shrewd, illiterate farm girl, makes this slim novel striking.”
— The Atlantic

“Compelling. . . . Leyshon brings her narrator brilliantly to life. . . . Mary draws the reader in from the opening pages. Here is a headstrong, forthright, optimistic character determined to survive her wretched circumstances in a literary jewel crafted by an accomplished writer.”
— Booklist

“At once lyric and brutal. . . . Readers of historical and women’s fiction should investigate.”-
— Library Journal

“Nell Leyshon has beautifully captured a voice that haunts, long after the last word has been read. Brava!”
— Kathleen Grissom, New York Times bestselling author of The Kitchen House

“A wonderfully convincing voice and a devastating story told with great skill & economy. . . . A small tour de force”
— Marian Keyes, bestselling author of Angels and Anybody Out There?

Nell Leyshon's first novel, Black Dirt, was longlisted for the Orange Prize and shortlisted for the Commonwealth Prize. She is also an award-winning dramatist whose plays include Comfort Me with Apples, winner of an Evening Standard Award, and Bedlam, which was the first play written by a woman for Shakespeare's Globe.