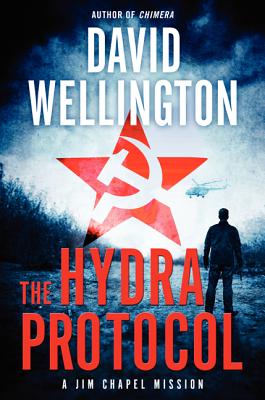 To prevent nuclear annihilation, Special Forces operative Jim Chapel must infiltrate a top secret Russian military base and disable an unstable supercomputer in this high-adrenaline, action-packed adventure thriller from David Wellington, the acclaimed author of Chimera—an exciting, science-based thriller reminiscent of the works of Lee Child and James Rollins.

Nadia shares shocking intel about HYDRA, a forgotten Cold War supercomputer that controls hundreds of nuclear missiles aimed at the U.S. Just one failsafe error, and America will be obliterated. And there have been glitches in its programming. . . .

To disarm HYDRA before it plunges the U.S. into nuclear winter, Nadia and Chapel must travel across Eastern Europe and infiltrate a secret base hidden deep in the steppes of Central Asia. But as these uneasy allies discover, not everyone wants the weapon out of commission.