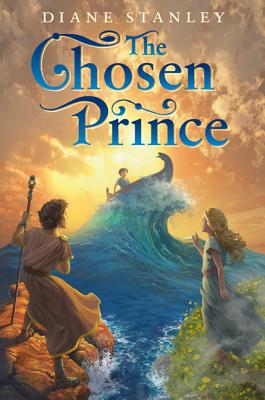 From master storyteller Diane Stanley comes a spellbinding tale, based on Shakespeare's The Tempest, of two princes—one chosen, one lost—and a mysterious girl on a magical island, all caught in a great web of destiny.

On the day of his birth, Prince Alexos is revealed to be the long-awaited champion of Athene. He grows up lonely, conscious of all that is expected of him. But Alexos discovers that being a champion isn't about fame and glory—it's about sacrifice and courage.

Alexos follows the course of his destiny through war and loss and a deadly confrontation with his enemy to its end: shipwreck on a magical, fog-shrouded island. There he meets the unforgettable Aria, and faces the greatest challenge of his life.


Praise For The Chosen Prince…

Alexos is a strong character, capable of accepting and adapting to change, even as he struggles with heartbreak and almost insurmountable odds. The language is lyrical and accessible, and the end is satisfying in the extreme.
— School Library Journal (starred review)

“Stanley’s storytelling infuses each character and hardship with distinct purposes that coalesce and become clear to readers by book’s end for a tidy finale that leaves no unanswered questions.”
— Publishers Weekly

Percy Jackson fans will not be put off: Stanley uses short sentences, an immediate present tense, and basic vocabulary, and the plot races along. Alexos is a touchingly relatable character, and his relationships make the plot meaningful.
— Horn Book Magazine

The first part of this middle-grade fantasy offers a remarkable coming of age story, with a poignant mixture of heartbreak and resiliency.
— Bulletin of the Center for Children’s Books

Praise for The Silver Bowl
— :

Praise for The Princess of Cortova
— :

“A story full of political intrigue, deep friendships, and undeclared loves that begins with the princess enjoying the solitary quiet of a morning and builds to a tumultuous, violent, and triumphant ending. This trilogy should be a staple in school and public libraries.”
— School Library Journal