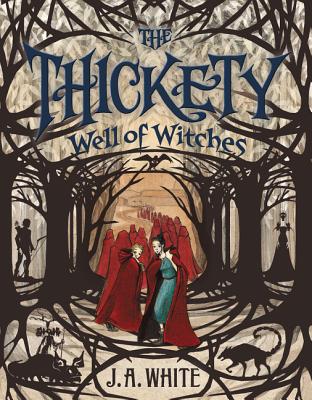 Well of Witches (The Thickety #3)

J. A. White’s The Thickety: Well of Witches is an epic quest into an enchanted kingdom with new kinds of magic, an old enemy, and only one way out. Fans of Neil Gaiman will love this third novel in the spectacular and twisty fantasy series that has readers and reviewers raving.


Praise For Well of Witches (The Thickety #3)…

Praise for THE THICKETY: WELL OF WITCHES: “This intriguing adventure set in an intriguing world will keep readers riveted; series fans, beware: do not start this book close to bedtime.”
— Kirkus Reviews

“For fans, this is a sharp, moving, intense dive into a lushly described world that seems to be headed for a good versus evil showdown in a future volume.”
— Bulletin of the Center for Children’s Books