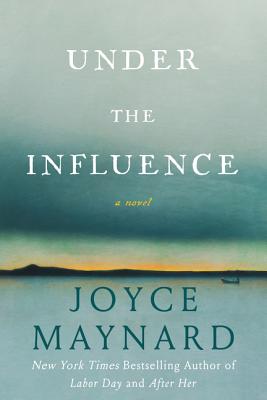 “Remembrances from The Great Gatsby ran through my head both as a warning and a promise the entire time I read Under the Influence. I was fascinated by the Havillands, the whirlwind couple at the center of the book, with their wealth, their ease, and their charm. It is easy to see why they appeal to Helen, weary and downtrodden as she is, and why she slips so easily into their embrace. I felt a growing sense of unease as the pages passed, picking up the warning signals Helen ignores, but I was as helpless to escape as she is. I couldn't stop reading until I reached the bitter end!”
— Lauren Peugh (E), Changing Hands Bookstore, Tempe, AZ
View the List

The New York Times bestselling author of Labor Day and After Her returns with a poignant story about the true meaning—and the true price—of friendship.

Drinking cost Helen her marriage and custody of her seven-year-old son, Ollie. Once an aspiring art photographer, she now makes ends meet taking portraits of school children and working for a caterer. Recovering from her addiction, she spends lonely evenings checking out profiles on an online dating site. Weekend visits with her son are awkward. He’s drifting away from her, fast.

When she meets Ava and Swift Havilland, the vulnerable Helen is instantly enchanted. Wealthy, connected philanthropists, they have their own charity devoted to rescuing dogs. Their home is filled with fabulous friends, edgy art, and dazzling parties.

Then Helen meets Elliott, a kind, quiet accountant who offers loyalty and love with none of her newfound friends’ fireworks. To Swift and Ava, he’s boring. But even worse than that, he’s unimpressed by them.

As Helen increasingly falls under the Havillands’ influence—running errands, doing random chores, questioning her relationship with Elliott—Ava and Swift hold out the most seductive gift: their influence and help to regain custody of her son. But the debt Helen owes them is about to come due.

Ollie witnesses an accident involving Swift, his grown son, and the daughter of the Havillands’ housekeeper. With her young son’s future in the balance, Helen must choose between the truth and the friends who have given her everything.


Praise For Under the Influence: A Novel…

“Maynard’s latest is illuminating and mesmerizing, highlight not only differing definitions of friendship, but the shades of gray between right and wrong and the lengths to which some will go to protect their self-interest.”
— Publishers Weekly

“My to-do list had umpteen items on it, but I let them all go to hell as I tore through Joyce Maynard’s latest page-turner. . . . To-do list? What to-do list? Under the Influence is a riveting read.”
— Wally Lamb

“It’s a story about the pull of consuming friendships, of seeking to escape into the lives of others, of possession and illusion — and you will not be able to put it down until Maynard herself releases you. Utterly captivating.”
— Megan Abbott, Edgar Award-winning author of Dare Me and The Fever