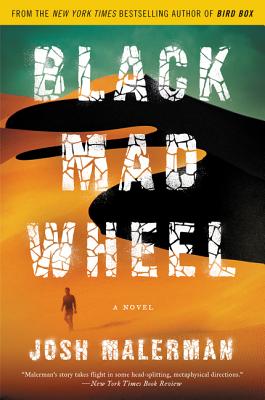 From the author of the hit literary horror debut Bird Box (“Hitchcockian.” —USA Today) comes a chilling novel about a group of musicians conscripted by the US government to track down the source of a strange and debilitating sound

The Danes—the band known as the “Darlings of Detroit”—are washed up and desperate for inspiration, eager to once again have a number one hit. That is, until an agent from the US Army approaches them. Will they travel to an African desert and track down the source of a mysterious and malevolent sound? Under the guidance of their front man, Philip Tonka, the Danes embark on a harrowing journey through the scorching desert—a trip that takes Tonka into the heart of an ominous and twisted conspiracy.

Meanwhile, in a nondescript Midwestern hospital, a nurse named Ellen tends to a patient recovering from a near-fatal accident. The circumstances that led to his injuries are mysterious—and his body heals at a remarkable rate. Ellen will do the impossible for this enigmatic patient, who reveals more about his accident with each passing day.

Part Heart of Darkness, part Lost, Josh Malerman’s breathtaking new novel plunges us into the depths of psychological horror, where you can’t always believe everything you hear.

“In a genre not known for restraint, his uncluttered prose evokes awe and terror, and resonates with the chilling strangeness encountered in the fiction of 20th-century writers Robert Aickman and Shirley Jackson. Readers of weird, atmospheric fiction with a conspiratorial bent will enjoy Malerman’s latest offering.”
— Library Journal (Starred Review)

“Malerman’s follow-up to Bird Box (2014) is completely unpredictable and utterly bizarre in all the best ways. Fans of off-the-wall fiction will enjoy this, and horror fans would do well to pick it up for some truly terrifying moments.”
— Booklist