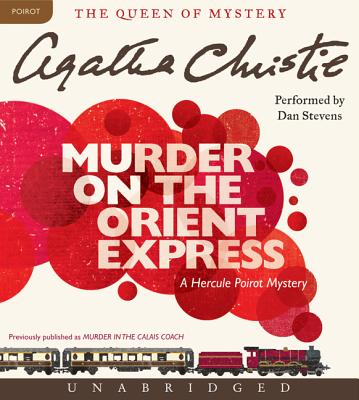 Murder on the Orient Express CD

THE MOST WIDELY READ MYSTERY OF ALL TIME—NOW A MAJOR MOTION PICTURE DIRECTED BY KENNETH BRANAGH AND PRODUCED BY RIDLEY SCOTT!


Praise For Murder on the Orient Express CD: A Hercule Poirot Mystery…

Dan Stevens is internationally known for his role as Matthew Crawley in the hit television drama Downton Abbey. Dan's other TV work includes Sense & Sensibility, Maxwell and The Line of Beauty, and his film credits include Vamps, Hilde, and three upcoming releases: A Walk Among the Tombstones, The Fifth Estate and Summer In February. Dan's theatre work includes The Heiress on Broadway, and Arcadia, Every Good Boy Deserves Favour, The Vortex and Hay Fever in London.