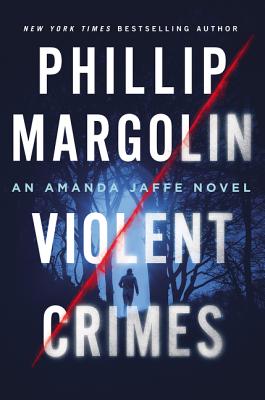 In this mesmerizing tale of suspense from New York Times bestselling author Phillip Margolin, attorney Amanda Jaffe—star of Wild Justice, Ties That Bind, Proof Positive, and Fugitive—becomes entangled in a murder case involving Big Oil, an estranged father and son, and the greatest ethical dilemma of her career .

Dale Masterson, senior partner in a large Portland, Oregon, law firm, has become wealthy and successful representing the interests of oil and coal companies. When his colleague, Christine Larson, is found dead, Masterson’s business practices are put under surveillance and a lower-level employee stands accused.

The controversy surrounding the firm is magnified tenfold when Dale is found beaten to death in his mansion. But this time Dale’s son, Brandon, is seen fleeing the scene. A dedicated eco-warrior obsessed with saving the planet, Brandon confesses to killing his father—for revenge, he claims—on behalf of all the people whose lives are being destroyed by his father’s questionable clients.

Veteran lawyer Amanda Jaffe is hired to represent Brandon, but what seems like an open-and-shut case quickly begins to unravel. If Brandon is really innocent—a radical activist determined to martyr himself for his cause—then who viciously murdered Dale Masterson? And what, if any, is the connection between his murder and the murder of Christine Larson? Smart, fierce, and unafraid of the truth even if it puts her in danger, Amanda begins to look deeper. What she finds will force the seasoned legal pro to make the hardest professional decision of her life.

“A thriller taking the reader on a gripping journey through a legal minefield, while addressing greed, ethics, psychology, the deepest of human relationships, and truth.”
— Huffington Post

“Phillip Margolin is a talented storyteller. He’s got a silky, deceptively simple style that snakes back around when you least expect it and grabs you.”
— New York Journal of Books

“Margolin has once again produced a thought-provoking novel that is likely to keep you up late at night.… Don’t miss it.”
— Bookloons.com

“A master of plot and pacing-and one of those rare authors who can create a genuinely surprising ending.”
— Lisa Scottoline

Phillip Margolin has written nineteen novels, many of them New York Times bestsellers, including his latest novels Woman with a Gun, Worthy Brown’s Daughter, Sleight of Hand, and the Washington trilogy. Each displays a unique, compelling insider’s view of criminal behavior, which comes from his long background as a criminal defense attorney who has handled thirty murder cases. Winner of the Distinguished Northwest Writer Award, he lives in Portland, Oregon.