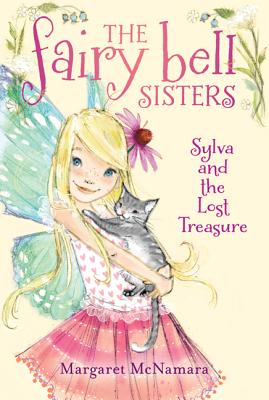 Sylva and the Lost Treasure

Springtime means spring-cleaning for the fairies of Sheepskerry Island. It also means getting to search for treasure in the jumble pile—a giant collection of unwanted items outside Queen Mab's palace. When Sylva Bell and her best friend, Poppy Flower, find Queen Mab's old fairy dollhouse in the pile, they are overjoyed! But as the two friends play with it, they start to unlock its secrets and discover its special magic—a magic that has a history of putting friendships to the test.


Praise For The Fairy Bell Sisters #5: Sylva and the Lost Treasure…

“Fairy-minded readers will find this gentle story both charming and amusing.”
— Booklist

Margaret McNamara is the Christopher Award-winning author of more than two dozen books for young readers, including the Robin Hill School series. The Fairy Bell Sisters series is inspired not only by her love of the classic sisterhood novel Little Women but by her own experiences growing up with older sisters (and a baby brother). Margaret and her family live in New York City, but they spend part of their summer on an island in Maine very much like Sheepskerry Island.