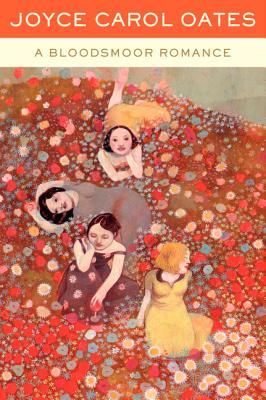 Set in a nineteenth century similar to our own, A Bloodsmoor Romance follows the beautiful Zinn sisters, five young women who refuse—for the most part—”the obligations of Christian marriage.”

Full of Oates’s mordant wit and breathlessly told in the Victorian style by an unnamed narrator shocked by the Zinn sisters’ sexuality, impulsivity, and rude rejection of the mores of their time, A Bloodsmoor Romance is a delicious filigree of literary conventions, &#8220a novel of manners” in the tradition of Austen, Dickens, and Alcott which Oates turns on its head.

Oates’s dark romp interweaves murder and mayhem, ghosts, and abductions, substance abuse and gender identity, women’s suffrage, the American spiritualist movement, and sexual aberration, as the Zinn sisters come into contact with some of the 19th century’s greatest characters, from Mark Twain to Oscar Wilde.

A biting assessment of the American landscape and a virtuosic transformation of a literary genre, A Bloodsmoor Romance is a compelling, hilarious, and magical anti-romance—Little Women by way of Stephen King.