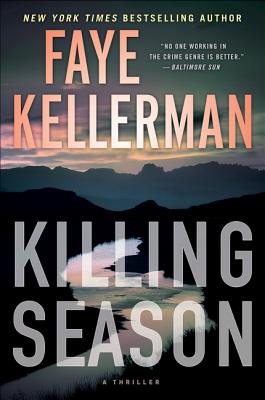 New York Times bestselling author Faye Kellerman delivers an electrifying crime novel of suspense as a young man’s obsessive investigation into his sister’s death draws him into the path of a sadistic serial killer.

He went searching for the truth. Now a killer has found him.

The more you know, the more there is to fear…

Three years ago, fifteen-year-old Ellen Vicksburg went missing in the quiet town of River Remez, New Mexico. Ellen was kind, studious, and universally liked. Her younger brother, Ben, could imagine nothing worse than never knowing what happened to her—until, on the first anniversary of her death, he found her body in a shallow grave by the river’s edge.

Ben, now seventeen, is relentlessly driven to find answers to Ellen's homicide. Police believe she was the victim of a psychopath known as the Demon. But Ben's analytical mind sees patterns that don't fit, tiny threads and clues that are derived from other unsolved murders he has researched. Despite his all-consuming push for a real solution to the crime, Ben has hit a wall until he gains an unlikely ally  - the school's popular new girl, Ro Majors, who has secrets of her own. As the body count rises, a picture emerges of an adversary who is as cunning and methodical and deadlyl. And uncovering the truth may not be enough to keep Ben, Ro and their loved ones safe from a twisted and fixated killer who has nothing left to lose.


Praise For Killing Season: A Thriller…

“Kellerman delivers a great story, some fine characters, and a disquieting, look-over-your-shoulder atmosphere that should keep readers turning the pages as fast as they can [...] Compelling and sharply written.”
— Booklist
or support indie stores by buying on
Copyright © 2020 American Booksellers Association