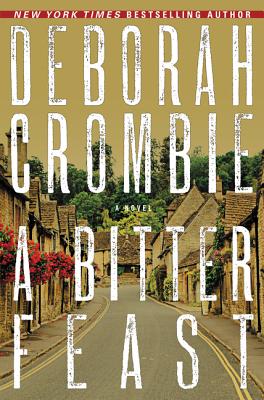 “We can always count on her for fabulous plots...But what puts Deborah Crombie among the greats is her sure hand in raising her characters off the page.” — Louise Penny, New York Times bestselling author

“Nobody writes the modern English mystery the way Deborah Crombie does—and A Bitter Feast is the latest in a series that is gripping, enthralling, and just plain the best.” — Charles Todd, New York Times bestselling author of The Black Ascot and A Cruel Deception

"Deborah Crombie continues to push the envelope, writing books that are new, different and better and better. Richly layered, character-driven, and with an evocative sense of place, A Bitter Feast truly transcends the genre."  — Rhys Bowen, New York Times bestselling author of the Royal Spyness series and the international bestseller The Tuscan Child

“It’s another stellar installment in the British mystery series that’s as much about characters as it is about crime.” — Parade

"To say that A Bitter Feast is a page-turner would be an understatement. Plan a full weekend of tea and scones because this one is not to be put down." — New York Journal of Books

"A Bitter Feast is a tour de force by Deborah Crombie." — CriminalElement.com