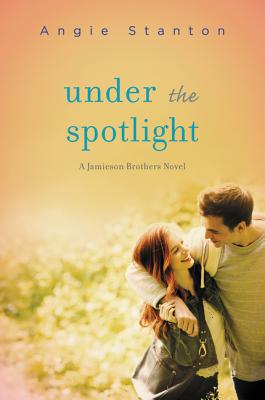 Under the Spotlight (Jamieson Brothers #3)

Perfect for fans of Sarah Dessen and Jenny Han, this third book in the Jamieson Brothers trilogy will have readers wanting to fall in love with a rock star.

After an embarrassing stint on a reality TV music competition years ago, Riley Parks vowed never to sing again. Now she's working at the prestigious Sound Sync recording studio, and life is looking up. But then Garrett Jamieson, the oldest brother in the famous Jamieson brothers band, crashes into her world.

Garrett has hit rock bottom, and after calling in a few favors, he ends up working at the Sound Sync studio to learn the ropes of record producing. And he can't believe his luck when he discovers that Riley is an amazing singer. But Garrett is forced to use every trick in his arsenal to persuade Riley to record.

Sparks fly as Garrett finally meets his match. But in the heat of the moment, one stolen kiss changes everything.


Praise For Under the Spotlight (Jamieson Brothers #3)…

“This volume promises the high drama, passion, and happy ending that readers have come to expect.”
— Booklist

“Readers of light romance and the first two books will love this one.”
— Voice of Youth Advocates (VOYA)