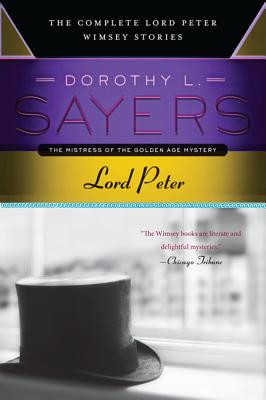 One of the founding mothers of mystery, Dorothy L. Sayers first introduced the popular character Lord Peter Wimsey in 1923 with the publication of Whose Body? Over the next twenty years, more novels and short stories about the aristocratic amateur sleuth appeared, each one as cunningly written as the next. Now in a single volume, here are all of the Lord Peter Wimsey stories: a treasure for any mystery lover. From "The Fantastic Horror of the Cat in the Bag" to "The Image in the Mirror" and "Talboys," this collection is Lord Peter at his best—and a true testament to the art of detective fiction.

“She brought to the detective novel originality, intelligence and wit. She gave it a new style and a new direction, and she did more than almost any other writer of her age to make the genre intellectually respectable.” — P.D. James

“What could be of greater joy to Wimsey fanciers than this volume of all the short stories about him?” — San Francisco Examiner Chronicle