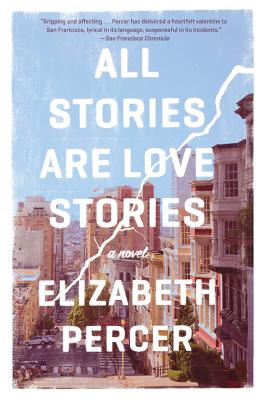 All Stories Are Love Stories

In this thoughtful, mesmerizing tale with echoes of Station Eleven, the author of An Uncommon Education follows a group of survivors thrown together in the aftermath of two major earthquakes that strike San Francisco within an hour of each other—an achingly beautiful and lyrical novel about the power of nature, the resilience of the human spirit, and the enduring strength of love.

On Valentine’s Day, two major earthquakes strike San Francisco within the same hour, devastating the city and its primary entry points, sparking fires throughout, and leaving its residents without power, gas, or water.

Among the disparate survivors whose fates will become intertwined are Max, a man who began the day with birthday celebrations tinged with regret; Vashti, a young woman who has already buried three of the people she loved most . . . but cannot forgot Max, the one man who got away; and Gene, a Stanford geologist who knows far too much about the terrifying earthquakes that have damaged this beautiful city and irrevocably changed the course of their lives.

As day turns to night and fires burn across the city, Max and Vashti—trapped beneath the rubble of the collapsed Nob Hill Masonic Auditorium—must confront each other and face the truth about their past, while Gene embarks on a frantic search through the realization of his worst nightmares to find his way back to his ailing lover and their home.


Praise For All Stories Are Love Stories: A Novel…

“A stunning tale of perseverance and affection in the face of disaster...Her literary command, which also has elements of magical realism and the headlong suspense of a thriller, forces you to take your time...a book to savor.”
— Washington Independent Review of Books

“This captivating, and at times heartrending, novel demonstrates the powerful forces of nature and love.”
— Women's Day

“[M]akes good on the promise of its title by reshaping a fictional disaster story into one of love . . . Even the most jaded reader can be moved by Percer’s conception of San Francisco.”
— Shelf Awareness

“In All Stories Are Love Stories, the faultlines run deep: secrets are laid bare, and regrets threaten to swallow a handful of characters caught in a devastating earthquake. You’ll hope for their survival, but you’ll pray that they’ll forgive each other—and themselves—before their crumbling city swallows them whole.”
— Miranda Beverly-Whittemore, New York Times bestselling author of Bittersweet

“…gripping and affecting…Percer has delivered a heartfelt valentine to San Francisco, lyrical in its language, suspenseful in its incidents.”
— San Francisco Chronicle

“Dazzlingly plotted and thematically rich . . . . Percer, a three-time Pushcart Prize nominee and author of An Uncommon Education (2012), compellingly delivers a story of love in the ruins.”
— Wellesley Magazine

“Not only a vivid and frightening tale about a devastating earthquake, it’s also a love letter to San Francisco and a compassionate and thoughtful look into its characters’ lives and secret hearts. There is sweetness and hope among the ruins, and that makes Percer’s novel all the more compelling.”
— Edan Lepucki, author of California

“Elizabeth Percer explores big themes of love, longing, loss, and, of course, survival. All Stories are Love Stories is a moving reminder of the way stories connect, and the way we connect through stories, as well as a gorgeous contemplation of the stabilizing force of love.”
— Meg Waite Clayton, New York Times bestselling author of The Race for Paris

“All Stories are Love Stories is a gripping novel, full of love for a group of wonderful characters and a shattered San Francisco. Elizabeth Percer’s beautiful writing and her overwhelming compassion enable us to take this harrowing journey through a very possible near future world.”
— Ellen Sussman, New York Times bestselling author of A Wedding in Provence and French Lessons

Elizabeth Percer is a three-time nominee for the Pushcart Prize and has twice been honored by the Dorothy Sargent Rosenberg Foundation. She received a BA in English from Wellesley and a PhD in arts education from Stanford University, and completed a postdoctoral fellowship for the National Writing Project at UC Berkeley. She lives in California with her husband and three children. All Stories Are Love Stories is her second novel.