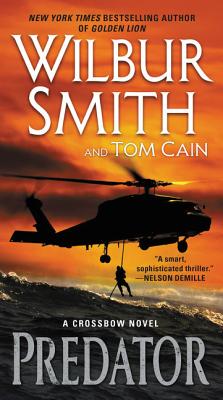 Former operative Major Hector Cross must face off against a pair of lethal enemies and prevent an international catastrophe in this gripping contemporary adventure-thriller—perfect for fans of Clive Cussler, Ted Bell, and Vince Flynn—from the legendary worldwide bestselling author of Desert God and Golden Lion.

One of the most formidable fighters in the world, ex-SAS warrior and former private security consultant Major Hector Cross has survived explosive tangles with depraved enemies—warlords, pirates, and arms dealers—from the Middle East to the heart of Africa. Now, Cross must take the law into his own hands once again to stop a vengeful old enemy who has resurfaced—and hunt down a deadly new nemesis in pursuit of global domination.


Praise For Predator: A Crossbow Novel…

“Wilbur Smith is one of the legendary storytellers of our time, and Predator is Smith at the top of his game... A smart, sophisticated thriller that will suck you into a high-stakes world of winner-take-all.” — NELSON DEMILLE, #1 New York Times-bestselling author of Radiant Angel