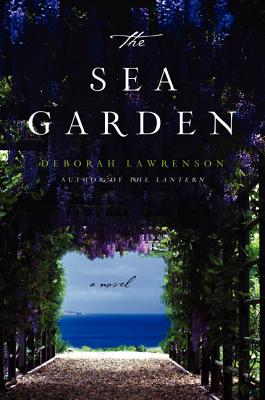 Romance, suspense, and World War II mystery are woven together in three artfully linked novellas—rich in drama and steeped in atmosphere—from the critically acclaimed author of The Lantern.

On the lush Mediterranean island of Porquerolles off the French coast, Ellie Brooke, an award-winning British landscape designer, has been hired to restore a memorial garden. Unsettled by its haunted air and the bitterness of the garden’s owner, an elderly woman who seems intent on undermining her, Ellie finds that her only ally on the island is an elusive war historian. . . .

Near the end of World War II, Marthe Lincel, a young blind woman newly apprenticed at a perfume factory in Nazi-occupied Provence, finds herself at the center of a Resistance cell. When tragedy strikes, she faces the most difficult choice of her life . . . and discovers a breathtaking courage she never expected.

Iris Nightingale, a junior British intelligence officer in wartime London, falls for a French agent. But after a secret landing in Provence results in terrible Nazi reprisals, he vanishes. When France is liberated, Iris is determined to uncover the truth. Was he the man he claimed to be?

Ingeniously interconnected, this spellbinding triptych weaves three parallel narratives into one unique tale of love, mystery, and murder. The Sea Garden is a vivid and absorbing chronicle of love and loss in the fog of war—and a penetrating and perceptive examination of the impulses and circumstances that shape our lives.


Praise For The Sea Garden: A Novel…

“Lawrenson writes compassionately and convincingly of the war’s horrors and the ways in which ordinary people become heroes, continuously building the tension toward a never-saw-it-coming convergence of the trio of tales.”
— Entertainment Weekly

“The Sea Garden weaves a double spell: Lawrenson steeps her story of the invisible heroes of the French Resistance crossing borders-and here, crossing time-deep in the eerie beauty of the South of France. The result is a marvelous strange fruit: think Graham Greene with a dash of Poe.”
— Sarah Blake, author of The Postmistress

“Sensuous…. Lawrenson’s poetic prose vibrantly conjures up both the beauty of southern France and the ghosts, real or imagined, from different eras.”
— Entertainment Weekly on The Lantern

“Deborah Lawrenson’s writing is delicious. Her stories are atmospheric, intoxicating and impossible not to get lost in.”
— Sarah Jio, author of Goodnight June and Blackberry Winter