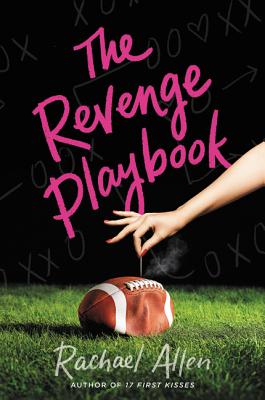 Don't get mad, get even! In this poignant and hilarious novel, Rachael Allen brilliantly explores the nuances of high school hierarchies, the traumas sustained on the path to finding true love, and the joy of discovering a friend where you least expect.

In the small town of Ranburne, high school football rules and the players are treated like kings. How they treat the girls they go to school with? That's a completely different story. Liv, Peyton, Melanie Jane, and Ana each have their own reason for wanting to teach the team a lesson—but it's only when circumstances bring them together that they come up with the plan to steal the one thing the boys hold sacred. All they have to do is beat them at their own game.

Rachael Allen lives in Atlanta, Georgia, with her husband, two children, and two sled dogs. In addition to being a YA writer, she's a mad scientist, a rabid Falcons fan, an expert dare list maker, and a hugger. Rachael is also the author of 17 First Kisses.