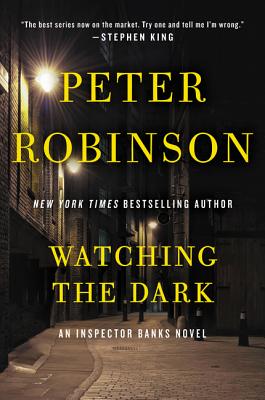 A decorated policeman is murdered on the tranquil grounds of the St. Peter's Police Treatment Centre, shot through the heart with a crossbow arrow, and compromising photographs are discovered in his room.

Detective Chief Inspector Alan Banks is well aware that he must handle the highly sensitive and dangerously explosive investigation with the utmost discretion. And as he digs deeper, he discovers that the murder may be linked to an unsolved missing persons case from six years earlier—and the current crime may involve some very bad, crooked cops.

A pulsating, electrifying novel of suspense Watching the Dark is one of Peter Robinson’s finest novels.


Praise For Watching the Dark: An Inspector Banks Novel…

The Inspector Banks novels have received numerous awards for their crisp narratives, breath-taking action, and atmospheric settings — The Tuscon Citizen