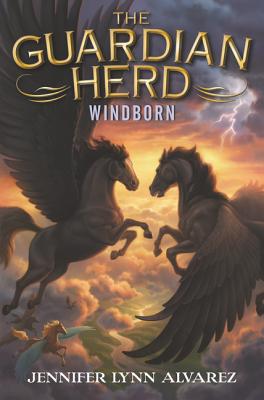 Perfect for fans of the Warriors and the Guardians of Ga’Hoole series, the action-packed fourth and final book in this first arc of the Guardian Herd series follows Star and his nemesis, Nightwing, as they face off in an epic battle that will end everything.

Star and his friends have been through constant struggle, and now Star faces his toughest, most deadly challenge yet. Nightwing the Destroyer has captured all the pegasi of Anok, including Star’s friends. And when Star learns of Nightwing’s deadly plan for the captured herd, he knows the time has come to fight.

With no one to turn to but his enemy Frostfire, Star searches Anok with Frostfire to track down Nightwing. And as a violent storm approaches, Star and Nightwing face off amid quaking lands, dangerous winds, and blazing fires, in a battle to end all battles—and one that will determine the fate of all the pegasi in Anok.


Praise For The Guardian Herd: Windborn…

“Perfect for fans of Charlotte’s Web and the Guardians of Ga’Hoole series, Alvarez advances the story arc thoughtfully and gives a cliffhanger ending that will leave readers clamoring for the final series installment.” — Booklist

“Filled with fantastical action, and rich with description. A well-paced and engrossing story. Alvarez has created a series that will be beloved by readers.” — Voice of Youth Advocates (VOYA)

“Chock-full of adventure and twists, making it difficult to put down.” — School Library Journal

“From page one, Jennifer Lynn Alvarez weaves an epic tale of a doomed black Pegasus foal named Star, whose race against time will lift the reader on the wings of destiny and danger, magic and hope. It’s a world I did not want to leave, and neither will you.” — Peter Lerangis, New York Times bestselling author

“Alvarez’s world is lush with description and atmosphere, and her premise has much to offer. Fans of animal fantasies should find it enjoyable.” — Publishers Weekly