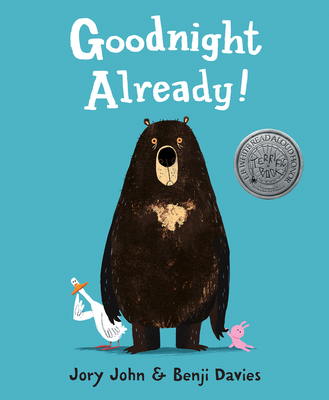 A hilarious bedtime book from the award-winning creators of I Love You Already!, Come Home Already!, and All Right Already!

Bear is exhausted. All he wants is to go to sleep.

Will Bear ever be able to catch some ZZZ’s?

Jory John, author of Penguin Problems and The Bad Seed, and Benji Davies, creator of The Storm Whale and Tad, join together to create this standout hilarious picture book that's perfect for bedtime read-alouds.

Benji Davies loves to draw and make up stories. He has written several picture books and illustrated many more, picking up a clutch of awards along the way. Twice winner of Oscar’s Book Prize, he also won the children’s book category of the AOI World Illustration Awards and was the winner of the Sainsbury’s Children’s Book of the Year award. His books have been translated into more than forty languages and have sold over six million copies worldwide. Benji lives in London, England, with his wife and daughter.