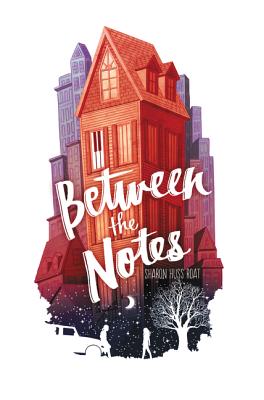 After Ivy is forced to move to "the wrong side of the tracks" due to economic hard times, she discovers that not everything—or everyone—is what they seem, even herself. Fans of Jenny Han and Sarah Dessen will love this funny, poignant, and relatable story.

When Ivy Emerson's family loses their house—complete with her beloved piano—the fear of what's to come seizes her like a bad case of stage fright. Forced to give up her allowance, her cell phone, and the window seat in her lilac-colored bedroom, Ivy moves with her family from her affluent neighborhood to Lakeside, aka "the wrong side of the tracks." Hiding the truth from her friends—and the cute new guy in school, who may have secrets of his own—seems like a good idea at first. But when the bad-boy-next door threatens to ruin everything, Ivy's carefully crafted lies begin to unravel . . . and there is no way to stop them.

Once things get to the breaking point, Ivy turns to her music, some surprising new friends, and the trusting heart of her disabled little brother. And she may be surprised that not everyone is who she thought they were . . . including herself.


Praise For Between the Notes…

“When it comes to heart and finding home, this novel hits the right notes.” — Booklist

“This demonstrates that between the lines resides truth about perception, others, and most importantly oneself.” — Kirkus Reviews

Sharon Huss Roat grew up in Lancaster County, Pennsylvania, and now lives in Delaware with her family. Between the Notes, her debut novel, was followed by How to Disappear. When she's not writing (or reading) books for young adults, you might find her planting vegetables in her backyard garden or sewing costumes for a school musical. Sharon loves hearing from readers, so visit her online at www.sharonroat.com or on Twitter @sharonwrote.