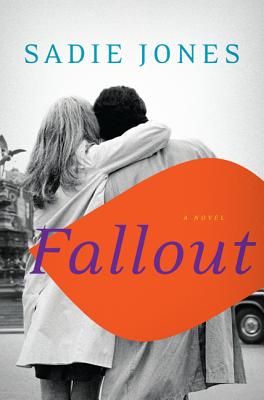 Sadie Jones, the award winning, bestselling author of The Uninvited Guests and The Outcast, explores the theater of love, the politics of theater, and the love of writing in this deeply romantic story about a young playwright in 1970s London.

Leaving behind an emotionally disastrous childhood in a provincial northern town, budding playwright Luke Kanowski begins a new life in London that includes Paul Driscoll, an aspiring producer who will become his best friend, and Leigh Radley, Paul's girlfriend. Talented and ambitious, the trio found a small theater company that enjoys unexpected early success. Then, one fateful evening, Luke meets Nina Jacobs, a dynamic and emotionally damaged actress he cannot forget, even after she drifts into a marriage with a manipulative theater producer.

As Luke becomes a highly sought after playwright, he stumbles in love, caught in two triangles where love requited and unrequited, friendship, and art will clash with terrible consequences for all involved.

Fallout is an elegantly crafted novel whose characters struggle to escape the various cataclysms of their respective pasts. Falling in love convinces us we are the pawns of the gods; Fallout brings us firmly into the psyche of romantic love—its sickness and its ecstasy.


Praise For Fallout: A Novel…

“Jones is unflinching as she plots the course of fallout with no shelter, of wounded lives undone by desperation in love and art.”
— The New York Times

“The strength of Fallout is the insistent thread of hope that runs through all the humiliation and bad behavior. The result is…a fuller, more emotionally satisfying story.”
— The Wall Street Journal

“The novel is at its best when the characters quietly seek an audience for their pleasures, their pains, and the ‘more permanent wounds of their longer lives waiting, undiscovered.’”
— New Yorker

“[A] wonderful read. Surprising depth of character, accidents of fate that feel like life, and emotional FALLOUT that heralds new maturity, make this a very satisfying novel.”
— Not Another Book Review (Blog)

“An intoxicating, deeply romantic novel of theater, love, and friendship…With both microscopic precision and operatic emotions, Sadie Jones perfectly captures the exhilaration of the young and the talented as they find their footing in both art and love.”
— Booklist (starred review)

“An intoxicating and immersive read... It is a fraught and compelling novel; one that replays itself uncomfortably in the mind long after it is finished.”
— Lucy Atkins, The Sunday Times

“An intelligent, pacy tale of pretty, talented people, striving for recognition but held back by their past…. Every summer needs a One Day-style read; this book is a contender for that crown.”
— Anne Ashworth, The Times

“On a par with the Barneses and McEwans of this parish… Jones’s gift - like all great writers - is to leave us wanting so desperately to believe that the story will continue without us once the scenery has been cleared away.”
— Elizabeth Day, Observer