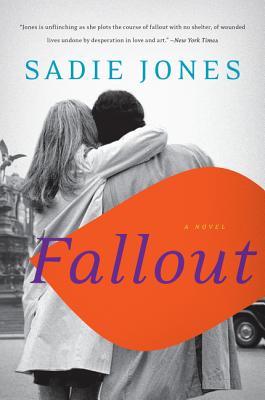 A deeply affecting love story set in the gritty yet magnificent theater world of 1970’s London by the award-winning, bestselling Sadie Jones, author of The Uninvited Guests and The Outcast

Luke is a young playwright: intense, magnetic and hungry for experience. Fleeing a disastrous upbringing, he arrives in London and moves into a flat with Paul, an aspiring producer, and the beautiful, fiery Leigh. The three of them set up a radical theatre company, their friendship forged in rehearsal rooms above pubs, candlelit power cuts, and smoky late-night parties, part of a thrilling new generation of writers, directors, and rising voices. When Nina, a fragile actress, strays towards their group, Luke is captivated by the allure of a kindred damaged soul, and the balance between the friends is threatened. Torn between loyalty, desire, and his own painful past, everything Luke values, even the promise of the future, is in danger. Suddenly the fallout threatens to be immense.


Praise For Fallout: A Novel…

“Jones is unflinching as she plots the course of fallout with no shelter, of wounded lives undone by desperation in love and art.”
— The New York Times

“The strength of Fallout is the insistent thread of hope that runs through all the humiliation and bad behavior. The result is…a fuller, more emotionally satisfying story.”
— The Wall Street Journal

“The novel is at its best when the characters quietly seek an audience for their pleasures, their pains, and the ‘more permanent wounds of their longer lives waiting, undiscovered.’”
— New Yorker

“[A] wonderful read. Surprising depth of character, accidents of fate that feel like life, and emotional FALLOUT that heralds new maturity, make this a very satisfying novel.”
— Not Another Book Review (Blog)

“An intoxicating, deeply romantic novel of theater, love, and friendship…With both microscopic precision and operatic emotions, Sadie Jones perfectly captures the exhilaration of the young and the talented as they find their footing in both art and love.”
— Booklist (starred review)

“An intoxicating and immersive read... It is a fraught and compelling novel; one that replays itself uncomfortably in the mind long after it is finished.”
— Lucy Atkins, The Sunday Times

“An intelligent, pacy tale of pretty, talented people, striving for recognition but held back by their past…. Every summer needs a One Day-style read; this book is a contender for that crown.”
— Anne Ashworth, The Times

“On a par with the Barneses and McEwans of this parish… Jones’s gift - like all great writers - is to leave us wanting so desperately to believe that the story will continue without us once the scenery has been cleared away.”
— Elizabeth Day, Observer

“Engrossing…Jones’s talent emerges most in the absorbing plot, which convincingly shows how friends can be torn apart by lust and ambition.”
— Publishers Weekly

“Jones’s intricate, complex plot, sympathetically drawn characters, and authentic depictions of damaged genius make an unassailable claim for the power of a writer’s detailed observation in the face of formula fiction.”
— Library Journal

“Fallout is both deliciously gobble-able and carefully constructed.”
— Holly Williams, Independent on Sunday

“This absorbing and romantic novel about love, art and the importance of being true to yourself will draw you in and keep you there until the very last page.”
— Mernie Gilmore, Express

“[Fallout] cements her reputation as a writer in the style of William Boyd; able to take on a variety of styles and mould them to her own voice.”
— Red

“Sadie Jones has an unerring ability to delve into the depths of characters and reveal both their strengths and their weaknesses.”
— Di Speirs in Psychologies

“An enthralling tale of lust, ambition and friendship.”
— Hello!