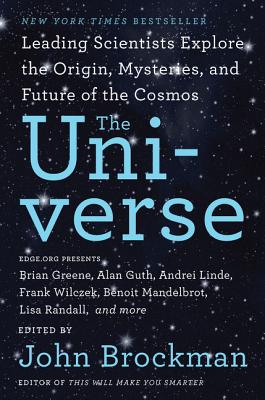 Leading Scientists Explore the Origin, Mysteries, and Future of the Cosmos (Best of Edge Series)

In The Universe, today's most influential science writers explain the science behind our evolving understanding of the universe and everything in it, including the cutting edge research and discoveries that are shaping our knowledge.

Lee Smolin reveals how math and cosmology are helping us create a theory of the whole universe. Benoit Mandelbrot looks back on a career devoted to fractal geometry. Neil Turok analyzes the fundamental laws of nature, what came before the big bang, and the possibility of a unified theory.

Explore the universe with some of today's greatest minds: what it is, how it came into being, and what may happen next.

The publisher of the online science salon Edge.org, John Brockman is the editor of Know This, This Idea Must Die, This Explains Everything, This Will Make You Smarter, and other volumes.


Praise For The Universe: Leading Scientists Explore the Origin, Mysteries, and Future of the Cosmos (Best of Edge Series)…