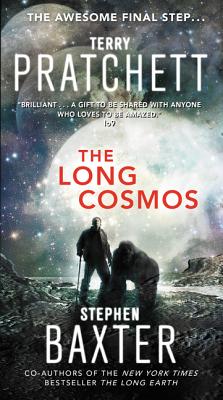 Praise for The Long Mars: “Panoramic and fascinating...” — Kirkus Reviews on THE LONG MARS

Praise for The Long Earth: “The Long Earth is a brilliant Science Fiction collaboration with Stephen Baxter: a love letter to all Pratchett fans, readers, and lovers of wonder everywhere… This novel is a gift to be shared with anyone who loves to be amazed.” — Io9 on THE LONG EARTH

“Stay tuned for the next episode of a very old-fashioned sf quest yarn (think Jules Verne and 2001) that, since Pratchett is involved, is crammed with scientifically informed amusement.” — Booklist on THE LONG EARTH

“In this thought-provoking collaboration, Pratchett (the Discworld series) and Baxter (Stone Spring) create an infinity of worlds to explore… fascinating premise…” — Publishers Weekly on THE LONG EARTH