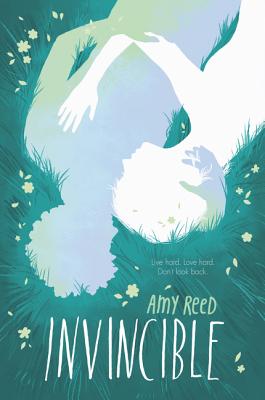 The Fault in Our Stars meets Go Ask Alice in this dramatic romance about a teenage girl who survives a terminal cancer diagnosis, only to get trapped in the deadly spiral of addiction. Fans of Gayle Forman and Sara Zarr will be swept away by this gritty romance, the first in a duology.

Evie is living on borrowed time. She was diagnosed with terminal cancer several months ago and told that by now she’d be dead. Evie is grateful for every extra day she gets, but she knows that soon this disease will kill her. Until, miraculously, she may have a second chance to live.

All Evie had wanted was her life back, but now that she has it, she feels like there’s no place for her in it—at least, not for the girl she is now. Her friends and her parents still see her as Cancer Girl, and her boyfriend’s constant, doting attention is suddenly nothing short of suffocating.

Then Evie meets Marcus. She knows that he’s trouble, but she can’t help falling for him. Being near him makes her feel truly, fully alive. It’s better than a drug. His kiss makes her feel invincible—but she may be at the beginning of the biggest free fall of her life.

“A compelling tale, and the cliffhanger ending will leave readers eager for the sequel.” — Bulletin of the Center for Children’s Books

“A provocative spin on the typical teen-with-cancer plotline.” — Kirkus Reviews