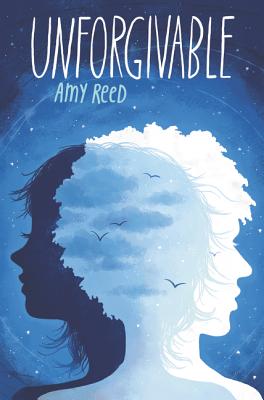 In this raw, gut-wrenching, and beautifully written sequel to Invincible, Marcus continues Evie’s story of their intense romance, a stunning conclusion to this contemporary duology perfect for fans of Gayle Forman and Sara Zarr.

Marcus knows pain. The kind that swallows you like a black hole. His brother committed suicide, his mother left him, and his dad ignores him inside their cavernous house. Relief seems to come only from drugs, alcohol, and secret acts of self-destruction.

Until he met Evie. Together, they lived in the moment. They fell in love—hard—creating their own beautiful world. But they each had their own secrets, their own pain.

Unforgivable takes off where Invincible ended—with Evie drowning in San Francisco Bay. Marcus finds her just in time, but her survival is not the happy ending he was hoping for. Forbidden from seeing Evie by her parents and unable to reach her, Marcus learns of a pain that might break him completely.

The pain of losing Evie becomes tangled with the loss of his mother and brother, and he must face the ghosts he has been trying so desperately to outrun, or risk losing Evie forever.

“Reed express[es] what so many teens feel when their lives spiral out of control, when family and love and the future all seem dark and trouble-laden. This novel will appeal to girls and boys who enjoyed Simone Elkeles’s Perfect Chemistry series and other gritty, urban books.” — Voice of Youth Advocates (VOYA)