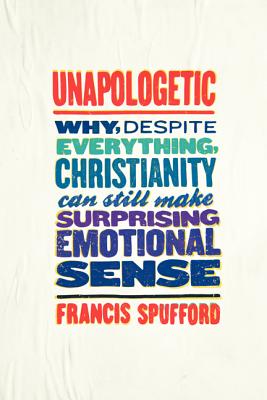 Why, Despite Everything, Christianity Can Still Make Surprising Emotional Sense

Francis Spufford's Unapologetic is a wonderfully pugnacious defense of Christianity. Refuting critics such as Richard Dawkins, Sam Harris, and the "new atheist" crowd, Spufford, a former atheist and Fellow of the Royal Society of Literature, argues that Christianity is recognizable, drawing on the deep and deeply ordinary vocabulary of human feeling, satisfying those who believe in it by offering a ruthlessly realistic account of the grown-up dignity of Christian experience.

Unapologetic is a book for believers who are fed up with being patronized, for non-believers curious about how faith can possibly work in the twenty-first century, and for anyone who feels there is something indefinably wrong, literalistic, anti-imaginative and intolerant about the way the atheist case is now being made.