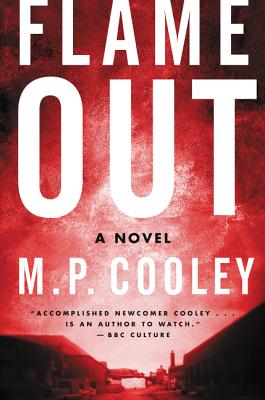 A Novel (The June Lyons Series #2)

June Lyons, the former FBI-agent-turned-small-town-cop introduced in the acclaimed Ice Shear must solve two connected cases whose roots stretch back decades in time—and dangerously touch the lives of those closest to her.

As a police officer in the rust belt town of Hopewell Falls, New York, June Lyons keeps an eye on the abandoned factories that line the Mohawk River. Spotting a slick of gasoline running across the parking lot of an old apparel factory, she quickly heads inside the building, where she discovers an unconscious woman too close to the flame. The fire destroys the building down to its sub-basements, and the badly burned woman June rescued is in a coma. No one knows who she is or how she got there.

Thirty years ago, June’s father made a name for himself when he arrested the factory’s owner, Bernie Mede, for killing his wife and child, though their bodies were never found. Sifting through the factory’s ruins, June and her partner Dave Batko discover a woman’s body sealed in a barrel. Surely, it’s Luisa Mede and the case file can be closed. But the body isn’t Bernie’s wife, it’s Dave’s mother, a troubled party-girl who disappeared when Dave was young.

As June and her neighbors discover, beneath Hopewell Falls’ charming façade lies some unbearably ugly truths—secrets that are only beginning to surface. With the case growing more complex, she teams with FBI Special Agent Hale Bascom to find answers—before everyone she loves, and the town itself, spin dangerously out of control.


Praise For Flame Out: A Novel (The June Lyons Series #2)…

Praise for Flame Out: “Solid second police procedural . . . assuring readers that today’s women cops and perps can both be tougher than their male counterparts.”
— Publishers Weekly

“Fast-paced mystery that brings readers in quickly and endears them to June right away . . . will anxiously await June’s next adventure.”
— RT Book Reviews

“A haunting, expertly-constructed mystery in which the past is a burning fuse that leads straight to the present.”
— Lou Berney, Edgar Award-nominated author of The Long and Faraway Gone