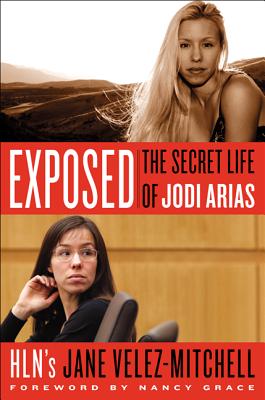 The Secret Life of Jodi Arias

On June 9, 2008, the butchered body of Travis Alexander was found in his Mesa, Arizona home. The grisly nature of his death made instant headlines: with twenty-nine knife wounds, his throat slit, and a gunshot to the head, Travis was left to die. The prime suspect in the case was Alexander’s ex-girlfriend, the attractive and soft-spoken Jodi Arias. Though Arias initially said that she was nowhere near the scene of the crime, little about this case was as it seemed, and before long she had been caught lying to police. As the investigation progressed, her lies evolved multiple times before finally resting on an appalling claim: she had killed Travis in self-defense.  Along the way, startling details emerged about the Mormon couple’s relationship, and soon graphic stories of their lurid sexual encounters and jealousy-driven blowouts revealed a dark side to their life together. These revelations launched a trial filled with sex and deception but also raised substantial questions about Arias’s deceit, as people from across the country struggled to understand the bizarre world of Jodi Arias.

Now, award-winning broadcast journalist and bestselling author Jane Velez-Mitchell, a veteran of some of the most storied court cases in recent memory, goes behind the scenes of the trial and into the mind of a killer.  Using insider accounts from friends who knew Travis and Jodi, Velez-Mitchell turns her sharply-focused lens on Arias and offers her seasoned perspective on the case’s most pressing questions. Separating fact from fiction, she reports on the bizarre and explicit stories that have both shocked and fascinated the American public—from Jodi’s romantic history before meeting Travis, to their torrid sex life together, to the complicated role their Mormon faith played in the relationship’s demise. With unbridled access to the evidence and the case’s key players, Velez-Mitchell unearths Jodi’s contentious life with those closest to her, examining the paranoid and erratic behavior behind each relationship and illustrating the disturbing pattern of a murderer in the making.

Complete with photos from the case and Jane Velez-Mitchell’s fresh insights on the crime, Exposed takes readers behind closed bedroom doors to uncover the truth behind the secret and sordid life of Jodi Arias.

Jane Velez-Mitchell is an award-winning television journalist, a bestselling author, and the host of her own show on HLN. She is frequently in the media as an expert commentator on high-profile court cases, appearing on CNN, HLN, omg! Insider, TRU TV, E!, and other national television programs.


Praise For Exposed: The Secret Life of Jodi Arias…

Jane Velez-Mitchell has been deep inside the Jodi Arias trial, covering it from every angle. Now readers can follow Jane through the sordid, twisted tale as it unfolded and get at the truth of the Arias saga.
— Dr. Drew Pinsky, host of HLN's Dr. Drew on Call, Loveline, and Celebrity Rehab

Take [Jane’s] zeal for information and add in her experience reporting on trials and dramas, and what you get is a riveting guide through one of the most salacious and gripping cases in recent history.
— Robin Meade, host of HLN's Morning Express with Robin Meade

Jane Velez-Mitchell has a deeper understanding of this case than anyone. She reveals Jodi’s sexual secrets and takes us inside her twisted mind to get to the root cause of why she butchered Travis Alexander. A true-crime must-read!
— Lisa Bloom, attorney and New York Times bestselling author of Think and Swagger

Jane Velez-Mitchell cracks the Jodi Arias code-peeling away the lies to reveal the disturbing truth behind this horrific crime of betrayal, deceit, and revenge.
— Jim Moret, chief correspondent, Inside Edition