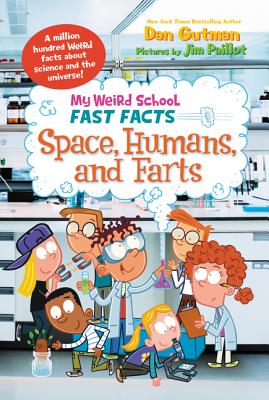 Think fast with A.J. and Andrea from My Weird School!

Learn more weird-but-true science facts with A.J. and Andrea from Dan Gutman’s bestselling My Weird School series. This all-new series of nonfiction books features hundreds of hysterically informative facts, plus lots of photos and illustrations throughout. This book combines the characters that readers know and love with fun and educational trivia.

Whether you’re a kid who wants to learn more about science or simply someone who wants to know how many million times the earth could fit into the sun, this is the book for you!