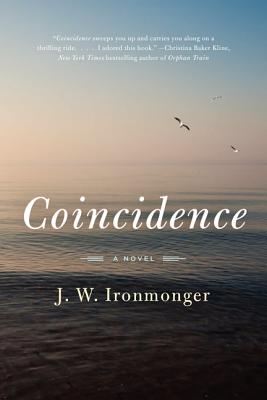 Thirty years ago, on the date in June known as Midsummer’s Day, a young girl is mysteriously orphaned. Now, after a life of bizarre and troubling circumstances, she becomes obsessed with the idea that she too will die on Midsummer’s Day . . . until she meets the one man who may be able to save her

Azalea Lewis’s life has been dominated by coincidences—a bizarre, and increasingly troubling, series of chance events so perfectly coordinated that any sane person would conclude that only the hidden hand of providence could explain them.

On Midsummer’s Day, 1982, at the age of three, Azalea was found wandering a fairground in England, alone, too young to explain what had happened to her or her parents. After a brief investigation, she was declared a ward of the court, and placed in foster care. The following year, the body of a woman—her mother—was found on a nearby beach, but by then everyone had forgotten about the little girl, and no connection was ever made. The couple who adopted Azalea brought her to Africa, where—on Midsummer’s Day, 1992—they were killed in a Ugandan uprising while trying to protect their children. Azalea is spared on that day, but as she grows into adulthood, she discovers that her life has been shaped by an uncanny set of coincidences—all of them leading back to her birth mother, a single mother on the Isle of Man, and the three men who could have been her father, each of whom has played an improbable but very real role in her fate.

Troubled by what she has uncovered-and increasingly convinced that she, too, will meet her fate on Midsummer’s Day—she approaches Thomas Post, a rational-minded academic whose specialty is debunking our belief in coincidence: the belief that certain events are linked, even predestined, by the hands of fate. Even as they fall in love, Thomas tries to help to understand her past as a series of random events-not a divinely predetermined order. Yet as the fateful date draws closer, Thomas begins to fear that he may lose her altogether, and she may throw herself into the very fate she fears.

A warm and romantic, yet intellectually fascinating, story of two souls trying to make sense of the universe and our place in it, Just Coincidence is an unforgettable novel by a storyteller of masterful gifts.


Praise For Coincidence: A Novel…

“Playful, inventive, and fast-paced, COINCIDENCE sweeps you up and carries you along. . . The droll, sharp-witted narrator spins this tale with the lightest of touches, all the way to its perfect ending. I adored this book.”
— Christina Baker Kline, New York Times bestselling author of ORPHAN TRAIN

“A haunting, lyrical meditation on how fates are woven together, for better or worse.”
— Simon Van Booy, author of THE ILLUSION OF SEPARATENESS

“A heady, seductive novel. . . Ironmonger does a masterful job of folding the stories together. . . He ties his complicated plot elements together brilliantly, leaving the reader entirely satisfied with all outcomes. A compelling story.”
— Shelf Awareness

J. W. Ironmonger was born and raised in East Africa. This is his first novel published in the United States. He lives in rural Shropshire, England, with his wife, Sue.