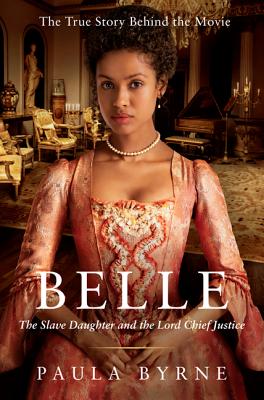 The Slave Daughter and the Lord Chief Justice

The illegitimate daughter of a captain in the Royal Navy and an enslaved African woman, Dido Belle was sent to live with her great-uncle, the Earl of Mansfield, one of the most powerful men of the time and a leading opponent of slavery. Growing up in his lavish estate, Dido was raised as a sister and companion to her white cousin, Elizabeth. When a joint portrait of the girls, commissioned by Mansfield, was unveiled, eighteenth-century England was shocked to see a black woman and white woman depicted as equals. Inspired by the painting, Belle vividly brings to life this extraordinary woman caught between two worlds, and illuminates the great civil rights question of her age: the fight to end slavery.


Praise For Belle: The Slave Daughter and the Lord Chief Justice…

Byrne’s aim is to show how these objects, many of them reproduced in her book in lush color plates, reveal a much more cosmopolitan awareness of the world than is commonly credited to Austen.” — Maureen Corrigan, NPR for THE REAL JANE AUSTEN

Vividly persuasive…. THE REAL JANE AUSTEN is excellent… particularly on the dissonant topics of theater and slavery….Byrnes section on slavery is better still, establishing links between Austen’s protagonists and contemporary figures, her pointed references and contemporary events, which highlight her supposedly oblivious fiction’s sharp views on the slave trade.” — New York Times Book Review for THE REAL JANE AUSTEN

“Byrne takes Austen seriously as a writer...[she] brings to life a woman of “wonderful exuberance and self-confidence,” of “firm opinions and strong passions.” Little wonder that every other man she meets seems to fall in love with her.” — Michael Dirda, Washington Post for THE REAL JANE AUSTEN

“Byrne brings to this brief history an eye for telling details of daily life, slaveholders’ unthinkable cruelty, and the fervent work of a few good men and women who changed their world.” — Kirkus Reviews

Paula Byrne is the critically acclaimed author of five biographies, including Belle: The Slave Daughter and the Lord Chief Justice, The Real Jane Austen, and Mad World: Evelyn Waugh and the Secrets of Brideshead. She lives in Oxford, England, with her husband, the academic and biographer Jonathan Bate.