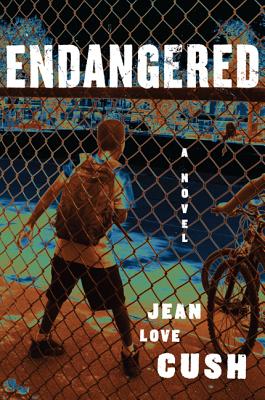 An innocent black teenager is accused of murder in this provocative and compassionate thriller that skillfully probes issues of race, class, crime, and injustice and offers a searing portrait of modern America.

From the time her son, Malik, could walk, Janae taught him that the best way to stay alive and out of trouble with the law was to cooperate. Terrified for his safety, she warned him, “raise your hands high, keep your mouth shut, and do whatever they say,” if the police ever stopped him. But when a wave of murders hits Philadelphia and fifteen-year-old Malik is arrested, Janae’s terror is compounded by guilt and doubt: Would Malik have escaped jail if he’d run?

Unable to see her son or pay for his defense, Janae, a cafeteria worker, reluctantly allows Roger Whitford, a white human rights attorney, to represent Malik. With the help of an ambitious private attorney named Calvin Moore, Roger is determined to challenge the entire criminal justice system and expose its inherent racism—racism that threatens the very existence of America’s young black men.

Offering a startling and unprecedented defense, the lawyers spark a national firestorm of debate over race, prison, and politics that burns to the very core of Janae herself. As she battles to save her son, she begins to discover that she is also fighting for her own survival and that of her community.


Praise For Endangered: A Novel…

“[An] engaging debut. . . . Cush has crafted a compassionate story that commands the reader’s attention.”
— Publishers Weekly

“Jean Love Cush fashions a far-reaching, thought-provoking tale from the kind of tragedy found any day on local newscasts and in the small type of big-city newspapers.”
— Michael A. Fletcher, author of Being a Black Man in America and Supreme Discomfort

“Cush makes a passionate argument for the defense of young men whose only crimes were being born black in America. . . . A frightening and realistic story about the realities of racism, poverty and injustice.”
— Kirkus Reviews

“A heartwarming, insightful, and thought-provoking tale that is oftentimes all too true. The emotional impact is immediate. . . . It’s an infusion of masterful writing and raw emotion. It blow me away.”
— Celeste Norfleet, author of The Thrill of You

“Endangered is a gripping tale that captivates from the first page to the very last. This phenomenal debut pulls at your heartstrings and exposes an unfair justice system while simultaneously engrossing you with skillful storytelling. It was amazing.”
— Ashley & Jaquavis, New York Times bestselling authors of The Cartel

“A provocative look at the criminal justice system... Endangered is a powerful novel inspired by an all too real tragedy - the perilous state of inner city African-American men.”
— Iron Mountain Daily News

“Engrossing. . . Janae’s raw emotions and feelings were fittingly portrayed as the young mother concerned about her son’s outcome.”
— FictionZeal.com

“A quick, engaging story. . . A stark reminder of the human inside the skin, regardless of color, Endangered has the potential to open up discussions that are long overdue.”
— Shelf Awareness

“An innocent black teenager is accused of murder in this provocative and compassionate thriller that skillfully probes issues of race, class, crime, and injustice and offers a searing portrait of modern America.”
— Book Club Girl

A native of Philadelphia, Jean Love Cush worked for the Philadelphia district attorney's office directly out of law school before spending three years as a family law attorney helping low-income women escape domestic-abuse situations. After moving to Fort Wayne, Indiana, she hosted a weekly radio show called A View from Summit, where she covered such topics as public safety, urban violence, and inner-city education. Cush now lives in Illinois with her husband and two children.