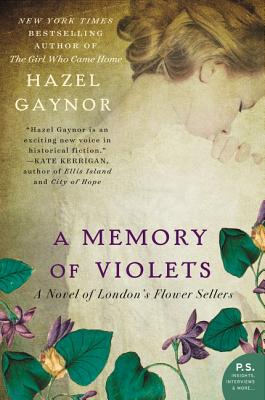 “Hazel Gaynor’s tale of divided sisters conjures a bygone era with a poignancy so exquisite one can almost smell the violets.” — Kate Beaufoy, author of LIBERTY SILK and ANOTHER HEARTBEAT IN THE HOUSE

“Gaynor once again brings history to life. With intriguing characters and a deeply absorbing story, her latest is a fascinating examination of one city’s rich history and the often forgotten people who lived in it.” — Booklist

“Given the awards she has already received, we are sure to hear much more from Hazel Gaynor-and that is a good thing.” — New York Journal of Books

“Gaynor’s talent for evoking a time and place, as well as her ability to write a beautifully heart-wrenching story with realistic characters, enables her to touch readers. The unexpected twists and turns of the plot and jumping of timelines holds readers’ attention to the satisfying climax.” — RT Book Reviews (4 Stars)