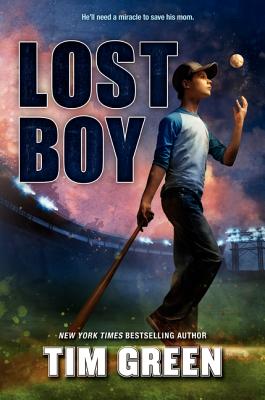 Ever since Ryder could remember, it's always been just Ryder and his mom. But in one day, everything changes. Ryder's mom is in the hospital fighting for her life after being struck by a truck while crossing the street. When he learns that his mom will need an expensive operation to survive, he steps up to the plate.

Ryder finds in his mother's closet a letter and a baseball signed by a Major League Baseball player, and he's sure the signature is his father's. So with this clue and the help of his next door neighbor and a New York City firefighter, Ryder goes on an epic quest to find his father and get the support he needs to save his mom. But will everything fall into place in time, or will Ryder become a lost boy forever?

“Readers will be pleased by Green’s latest.”
— ALA Booklist