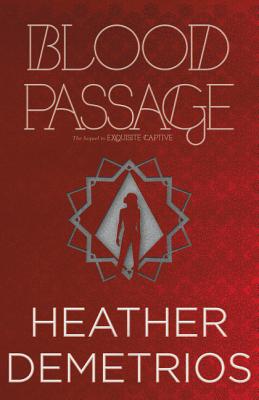 When Nalia arrives in Morocco to fulfill Malek's third and final wish, she's not expecting it to be easy. Especially because Malek isn't the only one after Solomon's sigil, an ancient magical ring that gives its wearer the power to control the entire jinn race. Nalia has also promised to take Raif, leader of the jinn revolution, to its remote location. Though Nalia is free of the bottle and shackles that once bound her to Malek as his slave, she's in more danger than ever before and no closer to rescuing her imprisoned brother.

Meanwhile, Malek's past returns with a vengeance, and his well-manicured facade crumbles as he confronts the darkness within himself; and Raif must decide what's more important: his love for Nalia or his devotion to the cause of Arjinnan freedom.

“Brilliantly flawed characters lead the reader on an emotional and dangerous journey through mystical, magical realms that hide secrets from all.”
— Voice of Youth Advocates (VOYA) (starred review)

“Peppered with Arabic and Arjnnan vocabulary, enriched with references to Islamic tradition and mythology, and supported by the author’s lush, tangible worldbuilding, the book transports readers into the battle for Arjinna’s freedom. Here’s hoping the third book arrives faster than a jinni can manifest a glass of spiced Arjinnan wine.”
— Kirkus Reviews

“This sequel to EXQUISITE CAPTIVE retains all the electric, enthralling twists and rich world building of the first, and Nalia and Raif’s complicated relationship is sure to once again hook readers.”
— Booklist