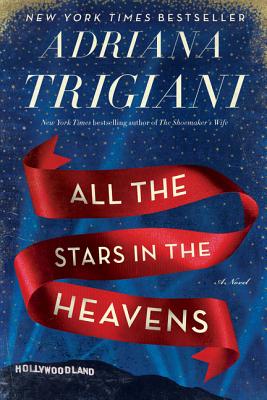 “Trigiani spins a tale of star-crossed lovers... A heartwarming tale of women’s lives behind the movies.”
— Kirkus Reviews

“Trigiani is a master of palpable and visual detail.”
— Washington Post

“If you’re meeting her work for the first time, get ready for a lifelong love affair.”
— Kathryn Stockett, author of The Help

“The author’s impeccable research and lush writing style recreates a plausible day-to-day look into the actress’s life as a staunch Catholic living and working in Hollywood... Eminently readable and richly imagined, Trigiani’s latest will thrill her fans and surely collect new ones.”
— Publishers Weekly

“Trigiani re-creates the golden age of Hollywood with the same rich, sumptuous detail that distinguished The Shoemaker’s Wife. Her ability to breathe life into the luminous cast of characters will captivate readers, then have them scouring Netflix for film classics of the 1930s. A tinsel-trimmed treat.”
— Library Journal

Trigiani gives heart to the facts and fiction of Hollywood, and in doing so she brings life to characters we’ve only known from the motion pictures, TV screen and radio. Her book is fiction, but the story is universal.
— Clarion-Ledger (Jackson, MS)

Adriana Trigiani is the New York Times bestselling author of eighteen books in fiction and nonfiction, published in 38 languages, making her one of the most sought after speakers in the world of books today. Adriana is also an award-winning film director and screenwriter, playwright, and television writer and producer. Adriana co-founded The Origin Project, an in-school writing program which serves over 1,700 students in the Appalachian Mountains of Virginia. She lives in New York City with her family.

Adriana Trigiani met Dorothea Benton Frank at the Book Expo of America ten, twelve or fifteen years ago and had been dear friends ever since. It turns out that hilarity is the gift of friendship that lasts. Adriana remembers Dottie with joy.