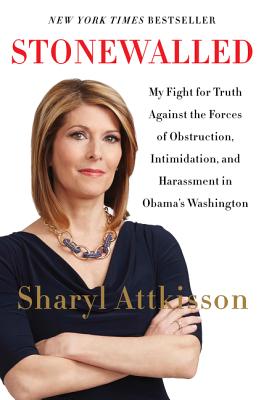 My Fight for Truth Against the Forces of Obstruction, Intimidation, and Harassment in Obama's Washington.

Seasoned CBS reporter and author of The Smear, Sharyl Attkisson reveals how she has been electronically surveilled while digging deep into the Obama Administration and its scandals, and offers an incisive critique of her industry and the shrinking role of investigative journalism in today’s media.

Americans are at the mercy of powerful figures in business and government who are virtually unaccountable. The Obama Administration in particular has broken new ground in its monitoring of journalists, intimidation and harassment of opposition groups, and surveillance of private citizens.

Sharyl Attkisson has been a journalist for more than thirty years. During that time she has exposed scandals and covered controversies under both Republican and Democratic administrations. She has also seen the opponents of transparency go to ever greater lengths to discourage and obstruct legitimate reporting.

Attkisson herself has been subjected to “opposition research” efforts and spin campaigns. These tactics increased their intensity as she relentlessly pursued stories that the Obama Administration dismissed. Stonewalled is the story of how her news reports were met with a barrage of PR warfare tactics, including online criticism, as well as emails and phone calls up the network chain of command in an effort to intimidate and discourage the next story. In Stonewalled, Attkisson recounts her personal tale, setting it against the larger story of the decline of investigative journalism and unbiased truth telling in America today.


Praise For Stonewalled: My Fight for Truth Against the Forces of Obstruction, Intimidation, and Harassment in Obama's Washington.…

A deep, nuanced and indignant indictment of the players who have made investigative journalism harder to conduct, even if those actors are other journalists.
— Kirkus Reviews

“Attkisson offers a harrowing and gripping account of journalism as practiced these days in Washington. She skillfully unveils how she discovered the secret scheme to spy on her. The larger and more disturbing takeaway is how the mainstream are falling down on the job.”
— Jeff Gerth, Pulitzer Prize winning former investigative reporter for the New York Times

Sharyl Attkisson has been a working journalist for more than thirty-five years and is host and managing editor of the nonpartisan Sunday morning TV program "Full Measure with Sharyl Attkisson." She has covered controversies under the administrations of Bill Clinton, George W. Bush, Barack Obama, and Donald Trump, emerging with a reputation, as the Washington Post put it, as a “persistent voice of news-media skepticism about the government’s story.” She is the recipient of five Emmy Awards and an Edward R. Murrow Award for investigative reporting. She has worked at CBS News, PBS, and CNN and is a fifth degree blackbelt master in Taekwondo.