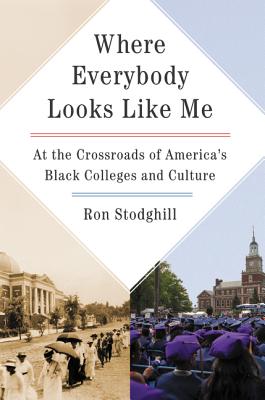 At the Crossroads of America's Black Colleges and Culture

A richly reported account of the forces threatening America's historic black colleges and universities—and how diverse leaders nationwide are struggling to keep these institutions and black culture alive for future generations.

American education is under siege, and few parts of the system are more threatened than black colleges and universities. Once hailed as national treasures, historically black colleges and universities (HBCUs) such as Spelman College, Morehouse College, and Howard University—the backbone of the nation's black middle class which have produced legends including Dr. Martin Luther King, Jr., Thurgood Marshall, and Oprah Winfrey—are in a fight for survival. The threats are numerous: Republican state legislators are determined to merge, consolidate, or shut down historically black colleges and universities; Ivy League institutions are poaching the best black high school students; President Obama's push for heightened performance standards, and cuts in loan funding from the U.S. Department of Education.

In this tightly woven narrative full of intriguing characters, Where Everybody Looks Like Me chronicles this near breaking point for black colleges. Award-winning journalist Ron Stodghill offers a rare behind-closed-doors look into the private world of the boards of directors, the black intelligentsia, the leaders of business, law, politics, culture, and sports, and other influential figures involved in the debate and battle to save these institutions. Told from the perspective of a family, Where Everybody Looks Like Me shows their struggle to secure the best education for their child. Where Everybody Looks Like Me is a tale of vision and vanity—of boardroom backbiting, financial chicanery, idealism and passion. Here are administrators, celebrities, alumni, and others whose lives are intricately tied to these institutions and their fate—whether they will remain strong and vital, or become a revered part of our cultural past.


Praise For Where Everybody Looks Like Me: At the Crossroads of America's Black Colleges and Culture…

“Stodghill isn’t downplaying the issues of discriminatory policing and excessively punitive criminal justice... He argues, instead, that HBCUs are the ‘main artery connecting to the heart of black America.’ Sever it, and the race cannot survive.”
— Newsweek

“…this work, which is evocative of Lawrence Otis Graham’s insight in Our Kind of People, compellingly portrays a necessary bastion that must collectively right ways to maintain its very existence.”
— Library Journal

“Drawing on interviews with students, alumni, administrators, and board members, award-winning journalist Stodghill looks at the illustrious history and troubling trends of HBCUs... Stodghill renders a very painful but necessary analysis of the future of the nation’s 104 HBCUs”
— Booklist (starred review)

Award-winning journalist Ron Stodghill has worked for the New York Times, Time, Business Week, and Savoy, for which he was editor in chief. He was a Nieman Fellow at Harvard University. Stodghill is the author of Redbone, and his work has been anthologized in Brotherman and has appeared in Slate, Essence, Black Enterprise, and Ebony. He is also a professor at Johnson C. Smith University, an HBCU in Charlotte, North Carolina, where he lives with his wife and three sons.