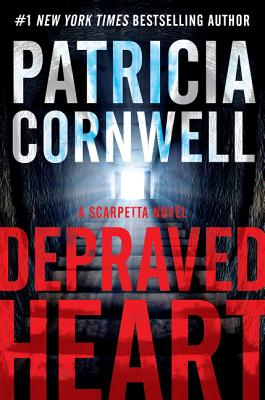 Dr. Kay Scarpetta is working a suspicious death scene in Cambridge, Massachusetts when an emergency alert sounds on her phone. A video link lands in her text messages and seems to be from her computer genius niece Lucy. But how can it be? It’s clearly a surveillance film of Lucy taken almost twenty years ago.

As Scarpetta watches she begins to learn frightening secrets about her niece, whom she has loved and raised like a daughter. That film clip and then others sent soon after raise dangerous legal implications that increasingly isolate Scarpetta and leave her confused, worried, and not knowing where to turn. She doesn’t know whom she can tell—not her FBI husband Benton Wesley or her investigative partner Pete Marino. Not even Lucy.

In this new novel, Cornwell launches these unforgettable characters on an intensely psychological odyssey that includes the mysterious death of a Hollywood mogul’s daughter, aircraft wreckage on the bottom of the sea in the Bermuda Triangle, a grisly gift left in the back of a crime scene truck, and videos from the past that threaten to destroy Scarpetta’s entire world and everyone she loves. The diabolical presence behind what unfolds seems obvious—but strangely, not to the FBI. Certainly that’s the message they send when they raid Lucy’s estate and begin building a case that could send her to prison for the rest of her life.

In the latest novel in her bestselling series featuring chief medical examiner Dr. Kay Scarpetta, Cornwell will captivate readers with the shocking twists, high-wire tension, and cutting-edge forensic detail that she is famous for, proving yet again why she’s the world’s #1 bestselling crime writer.

“Scarpetta’s current case, Lucy’s troubles with the Feds, and Carrie’s spooky blast from the past are all on an inevitable collision course, and Cornwell shows surprising restraint in reining in her plot and keeping it tightly focused on her well-developed core characters.”
— Publishers Weekly

“Dr. Kay Scarpetta, who keeps us coming back to Patricia Cornwell’s sprawling crime novels, is one tough broad. . . . Once Scarpetta decides to ferret out Lucy’s secrets, the novel becomes more of a psychological thriller…”
— New York Times Book Review

“Heart-stopping, paranoia-fueled, propulsively readable, viscerally suspenseful, disconcertingly shifty… Cornwell’s demonic plot shifts and changes almost page by page, so the reader’s spun round not knowing what to believe… This intense rush of a mystery will keep you guessing up until the very scary conclusion.”
— Providence Journal
or
Buy Here
Copyright © 2020 American Booksellers Association