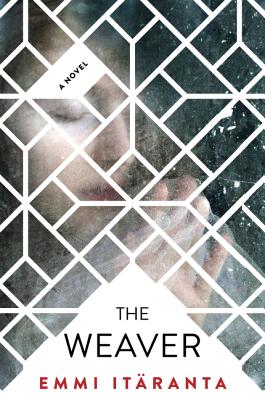 The author of the critically acclaimed Memory of Water returns with this literary ecological tale in the vein of Ursula K. Le Guin and Sheri S. Tepper, in which an innocent young woman becomes entangled in a web of ancient secrets and deadly lies that lie at the dark center of her prosperous island world.

Eliana is a model citizen of the island, a weaver in the prestigious House of Webs. She also harbors a dangerous secret—she can dream, an ability forbidden by the island’s elusive council of elders. No one talks about the dreamers, the undesirables ostracized from society.

But the web of protection Eliana has woven around herself begins to unravel when a young girl is found lying unconscious in a pool of blood on the stones outside the house. Robbed of speech by her attackers, the only clue to her identity is one word tattooed in invisible ink across her palm: Eliana. Why does this mysterious girl bear her name? What links her to the weaver—and could she hold Eliana’s fate in her hand?

As Eliana finds herself growing closer to this injured girl she is bound to in ways she doesn’t understand, the enchanting lies of the island begin to crumble, revealing a deep and ancient corruption. Joining a band of brave rebels determined to expose the island’s dark secrets, Eliana becomes a target of ruthless forces determined to destroy her. To save herself and those she loves, she must call on the power within her she thought was her greatest weakness: her dreams.


Praise For The Weaver…

“Itäranta’s lyrical style makes this dystopian tale a beautiful exploration of environmental ethics and the power of ritual.”
— Washington Post Book World on MEMORY OF WATER

“An exceptionally fine debut novel in which all elements come together in a controlled and well-considered manner. At the same time, the novel is fascinating and addictive.”
— Turun Sanomat - Finland newspaper

“[Memory of Water] is simultaneously a coming-of-age story, a fantastic adventure, and a bold warning about a future that is all too real.”
— Portland Book Review on MEMORY OF WATER

“Where Itäranta shines is in her rejection of conventional plots and in her understated but compelling characters. The work is a deceptively tranquil examination of a world of dust and ashes where the tenacious weed of hope still survives.”
— Publishers Weekly (starred review) on MEMORY OF WATER

“The writing is gorgeous and delicate in this dystopian award-winning debut, which is unique in both its setting and the small scale that Finnish author Itäranta employs.”
— Library Journal (starred review) on Memory of Water
or
Not Currently Available for Direct Purchase
Copyright © 2020 American Booksellers Association