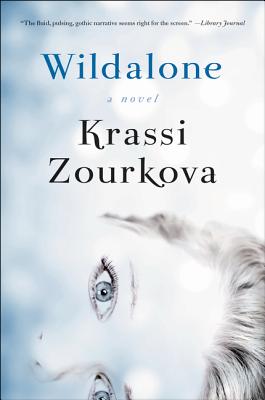 “Thea, a piano prodigy determined to leave Bulgaria for America, has just discovered she is a 'ghost child,' someone raised in the shadow of a dead sibling. Her sister, Elza, attended Princeton, also as a piano prodigy, but was found dead with no known cause. Eighteen years later, as Thea learns of this tragedy for the first time, she is determined to solve the mystery of her sister's death, but two brothers, as handsome as they are mysterious, are determined to keep the bizarre circumstances of her sister's death secret. Enter the world of samodivi, or 'wildalones,' forest witches who entrap men and 'daemons' who ensnare young girls. Ancient Greek mythology meets Bulgarian legend in this shadowy, sensuous world of magic, mystery, and romance.”
— Karen Briggs, Great Northern Books and Hobbies, Oscoda, MI
View the List

In this enchanting and darkly imaginative debut novel full of myth, magic, romance, and mystery, a Princeton freshman is drawn into a love triangle with two enigmatic brothers, and discovers terrifying secrets about her family and herself—a bewitching blend of Twilight, The Secret History, Jane Eyre, and A Discovery of Witches.

Arriving at Princeton for her freshman year, Thea Slavin finds herself alone, a stranger in a strange land. Away from her family and her Eastern European homeland for the first time, she struggles to adapt to unfamiliar American ways and the challenges of college life—including an enigmatic young man whose brooding good looks and murky past intrigue her. Falling into a romantic entanglement with Rhys and his equally handsome and mysterious brother, Jake, soon draws Thea into a sensual mythic underworld as irresistible as it is dangerous.

In this shadow world that seems to mimic Greek mythology and the Bulgarian legends of the Samodivi or “wildalones”—forest witches who beguile and entrap men—she will discover a shocking secret that threatens everything she holds dear. And when the terrifying truth about her own family is revealed, it will transform her forever . . . if she falls under its spell.

Mesmerizing and addictive, The Wildalone is a thrilling blend of the modern and the fantastic. Krassi Zourkova creates an atmospheric world filled with rich characters as fascinating and compelling as those of Diana Gabaldon, Deborah Harkness, and Stephenie Meyer.

“Readers who love fantastical romances and mythology are apt to fall under the spell of Zourkova’s debut, and once they reach the final page, they will hope that Thea and the Estlin brothers’ adventures continue in future books.”
— Booklist

“Zourkova pens a wonderful debut that intertwines love, mystery and Greek mythology in its pages. Readers will eagerly journey alongside Thea as she tackles an atypical freshman year of college. [...] her story is one that cannot be missed.”
— RT Book Reviews (4 1/2 STARS)

“A clever, dark romance steeped in mystery, with a bittersweet thread of melancholy and keen sense of place. Fantasy and romance lovers, as well as those who liked Donna Tartt’s The Secret History or Pamela Dean’s Tam Lin should enjoy this.”
— Library Journal (starred review)

Krassi Zourkova grew up in Bulgaria and moved to the United States to study art history at Princeton. After college, she graduated from Harvard Law School, and she has practiced finance law in New York, Chicago, and Los Angeles, where she currently lives. Her poems have appeared in various literary journals, and her essay, "Book Collecting in the Absence of Books," about compiling a personal library under Communist censorship, won first prize in essay contests at Princeton and Harvard. Krassi is an accomplished musician, and her love of Chopin and her national folklore inspired Wildalone.