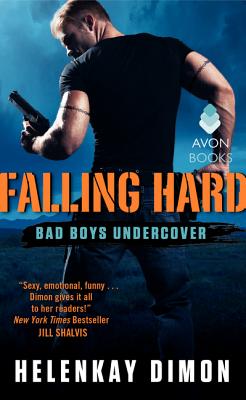 After a grueling assignment with the black ops force known as the Alliance, Weston Brown is craving downtime. Instead, he's pulled into his deadliest operation, in the one place he never wanted to see again. No-nonsense and so damn hot, Lexi Turner lied to get him to her mountain clinic in Pakistan. But the threat is terrifyingly real.

Lexi has been asking too many questions, drawing the wrong kind of attention. As soon as she lays eyes on West, she can tell he's quiet—yet tough—and has a rescue complex which will come in handy for going up against the world's most ruthless gunrunners.

Cut off from the rest of the Alliance, Lexi and West navigate the brutal terrain and a primal sexual attraction. Sticking around has never been West's way, but now he'll use every resource to keep Lexi by his side, safe from a killer who leaves no loose ends behind.

“Every time I pick up a HelenKay Dimon book I fall in love. With sexy heroes and heart-stopping intrigue, the stories pull me in and don’t let go until the final word.”
— New York Times Bestseller Vivian Arend

“Every time I pick up a HelenKay Dimon book I fall in love.”
— Vivian Arend, New York Times bestselling author

“The latest high-adrenaline installment in Dimon’s Bad Boys Undercover series delivers plenty of testosterone-fueled action and smoking-hot sexual chemistry between a rough, tough, alpha hero and a strong-willed heroine, who is more than his match. Give this one to fans of Suzanne Brockmann or Cherry Adair.”
— Booklist, praise for FALLING HARD

“Dimon’s second Bad Boys Undercover novel is a taut, unpredictable and pitch-perfect addition to a sizzling, daring series…Their connection is instant and adds levity to this pulse-pounding adventure, but it’s very real and profound, which makes their struggles that much more gripping.”
— Romantic Times BOOKclub, praise for FALLING HARD
or
Not Currently Available for Direct Purchase
Copyright © 2020 American Booksellers Association