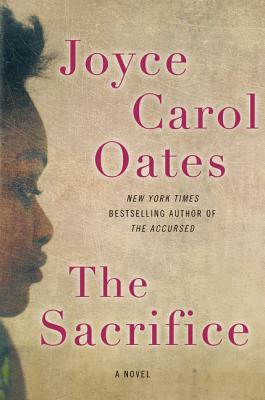 New York Times bestselling author Joyce Carol Oates returns with an incendiary novel that illuminates the tragic impact of sexual violence, racism, brutality, and power on innocent lives and probes the persistence of stereotypes, the nature of revenge, the complexities of truth, and our insatiable hunger for sensationalism.

When a fourteen-year-old girl is the alleged victim of a terrible act of racial violence, the incident shocks and galvanizes her community, exacerbating the racial tension that has been simmering in this New Jersey town for decades. In this magisterial work of fiction, Joyce Carol Oates explores the uneasy fault lines in a racially troubled society. In such a tense, charged atmosphere, Oates reveals that there must always be a sacrifice—of innocence, truth, trust, and, ultimately, of lives. Unfolding in a succession of multiracial voices, in a community transfixed by this alleged crime and the spectacle unfolding around it, this profound novel exposes what—and who—the “sacrifice” actually is, and what consequences these kind of events hold for us all.

Working at the height of her powers, Oates offers a sympathetic portrait of the young girl and her mother, and challenges our expectations and beliefs about our society, our biases, and ourselves. As the chorus of its voices—from the police to the media to the victim and her family—reaches a crescendo, The Sacrifice offers a shocking new understanding of power and oppression, innocence and guilt, truth and sensationalism, justice and retribution.

A chilling exploration of complex social, political, and moral themes—the enduring trauma of the past, modern racial and class tensions, the power of secrets, and the primal decisions we all make to protect those we love—The Sacrifice is a major work of fiction from one of our most revered literary masters.


Praise For The Sacrifice: A Novel…

“Oates fully intends to make readers squirm. But for all its headline brashness, visceral magnification, and societal melodrama, The Sacrifice is laced with striking psychological subtleties, painful ironies, and flashes of tenderness and wit. A sure-fire catalyst for meaningful discussion.
— Booklist (starred review)

“A fictional account of the infamous Tawana Brawley case… [Oates] uses fiction as an opportunity to interrogate the circumstances that made Brawley’s story a sensation and gave it meaning.”
— Kirkus Reviews

“[A] tale of race, community, and pride… complex and multifaceted.”
— Publishers Weekly

“In this provocative novel, Oates barges her way into territory where not many white writers have dared to tread - and produced a raw and earnest mix of fiery drama and the bone-cold truths of race as we live it today.”
— NPR / All Things Considered

“If you enjoy historical fiction, there’s a wide range of it coming up. In January, the tireless Joyce Carol Oates publishes The Sacrifice, a tense novel based on the notorious Tawana Brawley rape case in 1987.”
— Tampa Bay Times

“The tireless Joyce Carol Oates publishes The Sacrifice, a tense novel based on the notorious Tawana Brawley rape case in 1987.”
— Lexington Herald Leader

“Without a doubt this book is timely...If there was ever a moment that called for insight into the scourge of racist policing, this is it....Oates has a sophisticated grasp of racial complexities…”
— Boston Globe

“Oates doesn’t lack for ambition. Her narrative builds carefully and patiently, revealing how this kind of morality play can occur. She covers a great deal of sociological ground...issues both inside the black community and between the black and white populations of Pascayne.”
— Roxane Gay, New York Times Book Review

“During her long and distinguished career, Joyce Carol Oates never has shied away from the controversy that can come with using celebrities and tabloid news stories as the inspiration for her fiction… Oates’s latest novel, The Sacrifice, seems likely to stir up another flap.”
— Washington Post

“What is memorable about this book is not its echoes of the Brawley story, but rather what Oates adds, creating new and distinct perspectives… Oates poignantly transports this novel to the present, and we are reminded of Michael Brown, Eric Garner, and Tamir Rice.”
— Philadelphia Inquirer

“Oates’ representation of the effects of such a scandal on our modern media-frenzied national imagination is all the more grotesque because it is believable… The Sacrifice brings into disturbing clarity the human frustrations of the post-civil rights movement era...”
— Bookreporter.com

“Oates [poses] difficult questions: If someone has not told the truth about a racist incident, does that mean that there was no racism at all? In bringing up issues of race, if we aren’t squeaky-clean are our claims that much easier to dismiss?”
— Essence, Required Reading March 2015

“[A] provocative new novel...For more than half a century, [Oates] has been going where others fear to tread...The Sacrifice is...so plugged into the national ethos of today that we want to look away in shame.”
— Buffalo News