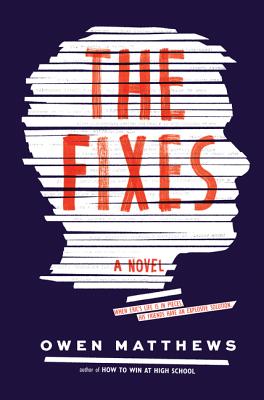 Eric Connelly is crumbling under the weight of his dad’s expectations. He can’t seem to live up to the “Connelly Man” standards—but when he meets the mysterious, free-spirited Jordan Grant, his dad’s rules seem so much less important than they used to.

Jordan and Eric—now “E”—join up with two of the most popular girls in school to combat their rich-kid boredom. But as Jordan seduces E further, the group starts to kill time in more nefarious ways. It’s Jordan who escalates the pack’s dares from mostly harmless jaunts like joyrides in boosted cars and Bling Ring–style luxury shoplifting sprees into more violent activities. Eric is intoxicated . . . swept up in the pack’s activities, even as Paige and Haley start to have reservations about what they’ve been doing. When Jordan starts talking bigger—what’s a little bomb building between friends?—E must decide if he’s just too far down the rabbit hole to back out.

From the author of How to Win at High School comes a wicked, irreverent story of rich kids gone amok that will leave readers at the edge of their seats.


Praise For The Fixes: A Novel…

“Teens will not put this one down. Reminiscent of John Green’s Paper Towns, this title has a much darker twist.”
— School Library Journal

“The tone is sly and enjoyably cynical, drenched in world-weary hipster-speak and updated from Holden Caulfield... In the end, it offers a compelling caution for smart, angry teens to beware the charismatic psychopath who may look and sound just like them.”
— Bulletin of the Center for Children’s Books

“Riveting... A fast-moving tale of obsession and redemption.”
— Kirkus Reviews

PRAISE FOR HOW TO WIN AT HIGH SCHOOL: “Slick, breezy... fast-moving and suspenseful.”
— Kirkus Reviews

“The funny, unforgiving narration will have readers glued to this story.”
— Publishers Weekly

“Matthews’s debut YA novel has a fast plot with gritty content and dialogue that will appeal to teens.”
— School Library Journal

“Short, intense chapters, some of which read like poetry, capture snapshots that lend a visceral immediacy to the action.”
— Bulletin of the Center for Children’s Books

Owen Matthews was raised on rap music and violent video games. He is a graduate of the University of British Columbia's creative writing program, has worked on fishing boats and in casinos all over the world, and currently writes critically acclaimed crime thrillers under a secret identity. A fan of fast cars and sugary breakfast cereals, Matthews lives in Vancouver, Canada.