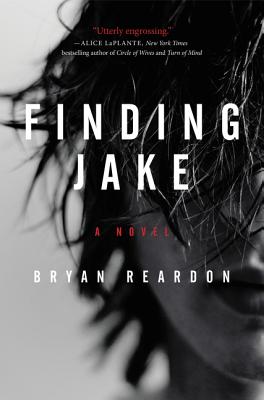 A heart-wrenching yet ultimately uplifting story of psychological suspense in which a parent is forced to confront what he does—and does not—know about his teenage son, in the vein of Reconstructing Amelia, Defending Jacob, and We Need to Talk about Kevin.

While his successful wife goes off to her law office each day, Simon Connolly takes care of their kids, Jake and Laney. Now that they are in high school, the angst-ridden father should feel more relaxed, but he doesn’t. He’s seen the statistics, read the headlines. And now, his darkest fear is coming true. There has been a shooting at school.

Simon races to the rendezvous point, where he’s forced to wait. Do they know who did it? How many victims were there? Why did this happen? One by one, parents are led out of the room to reunite with their children. Their numbers dwindle, until Simon is alone.

As his worst nightmare unfolds, and Jake is the only child missing, Simon begins to obsess over the past, searching for answers, for hope, for the memory of the boy he raised, for mistakes he must have made, for the reason everything came to this. Where is Jake? What happened in those final moments? Is it possible he doesn’t really know his son? Or he knows him better than he thought?

Brilliantly paced, Finding Jake explores these questions in a tense and emotionally wrenching narrative. Harrowing and heartbreaking, surprisingly healing and redemptive, it is a story of faith and conviction, strength, courage, and love that will leave readers questioning their own lives, and those they think they know.


Praise For Finding Jake: A Novel…

“I devoured FINDING JAKE. The tension is almost unbearable in this thriller-cum-character study as layer after layer of a father’s soul are revealed as reflected in the character of his missing son. Utterly engrossing.”
— Alice LaPlante, bestselling author of TURN OF MIND and CIRCLE OF WIVES on FINDING JAKE

Finding Jake is truly compelling. I read it in one sitting, tearing through the pages right to the unexpected ending - which stayed with me for days.
— Paula Daly, author of KEEP YOUR FRIENDS CLOSE on FINDING JAKE

“Reardon deftly builds suspense by setting his dual story lines on a collision course toward a shattering-and surprising-conclusion.”
— Publishers Weekly on FINDING JAKE

“FINDING JAKE is compelling psychological suspense -- but also so much more. A journey into the depths of a parent’s worst nightmare, it is at turns heartbreaking, surprising, devastating, hopeful... I’ll be thinking about this one for a long time to come.”
— Alison Gaylin, USA Today bestselling author of STAY WITH ME on FINDING JAKE

“FINDING JAKE tells the harrowing tale of a deadly school shooting from a father’s perspective… The suspense is killing, but it’s nothing compared with this father’s anguish as he tries to find his son - the real boy, not the one he thought he knew.”
— New York Times Book Review on FINDING JAKE

Bryan Reardon is a freelance writer specializing in medical communications. He co-wrote Ready, Set, Play! with retired NFL player and ESPN analyst Mark Schlereth, and Cruel Harvest with Fran Elizabeth Grubb. Prior to becoming a full-time writer, Bryan worked for the state of Delaware for more than a decade, starting in the office of the governor. He lives in West Chester, Pennsylvania, with his wife, kids, and rescue dog, Simon.