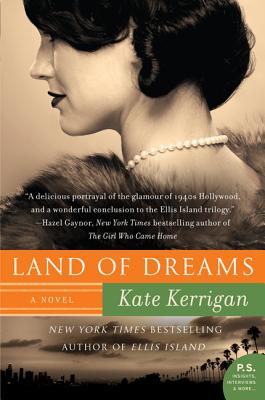 Irish immigrant Ellie Hogan has finally achieved the American Dream. But her comfortable bohemian life on Fire Island, New York, is shattered when her eldest adopted son, Leo, runs away, lured by the promise of fortune and fame in Hollywood. Determined to keep her family intact, Ellie follows him west, uprooting her youngest son and long-time friend Bridie.

In Los Angeles, Ellie creates a fashionable new home among the city’s celebrities, artists, and movie moguls. She is also drawn into intense new friendships, including talented film composer Stan, a man far different from any she has ever met, and Suri, a beautiful Japanese woman and kindred spirit, who opens Ellie’s eyes to the injustices of her country.

While Leo is dazzled by Hollywood’s glitz, Ellie quickly sees that the golden glamour masks a world of vanity and greed. Though she tries to navigate them around the dangers of their new home, she will not be able protect them from an even more terrifying threat: war.


Praise For Land of Dreams: A Novel…

“Kerrigan captures the 1942 Hollywood milieu nicely with her sure touch for historical fiction.”
— Booklist

“A delicious portrayal of the glamour of 1940s Hollywood, and a wonderful conclusion to the Ellis Island trilogy.”
— Hazel Gaynor, New York Times bestselling author of The Girl Who Came Home
or
Buy Here
(This book is on backorder)
Copyright © 2020 American Booksellers Association